Call to save two Dervishes prisoners who are on hunger strike 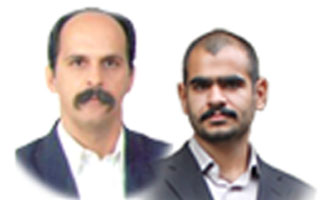 The Iranian resistance calls on all international bodies and human rights organizations, specially the UN High Commissioner for Human Rights and Special Rapporteur on the situation of human rights in Iran for an urgent action to save the lives of Mr. Saleh Moradi and Kasra Nouri, two Gonabadi Dervishes, who have been on hunger strike since 67 days ago.

These two political prisoners, after 64 days of hunger strike on liquid diet, have started a dry hunger strike since Thursday March 21. They have gone on hunger strike to protest the imprisonment of a number of Dervishes’ lawyers in solitary confinement of section 209 of Evin prison in the past 70 days and lack of care for their critical conditions.
Mr. Saleh Moradi and Kasra Nouri, who are imprisoned in Shiraz Adel Abad prison on the charges of “propaganda against the regime, acting against national security” among others, are under very critical condition due to 67 days of hunger strike. The henchmen, despite their weakness, severe weight loss, severe eyesight loss, kidney, stomach, colon and liver pain and failure, refrain from providing medical care citing the excuse of holidays.

During the rule of Supreme Leader (Velayat-e-Faqih) system, Dervishes have been under oppression and pressure. Attacking religious ceremonies, beating and arresting Dervishes, torturing and insulting them for “disturbance on national security”, exile, ban on visits and failing to provide medical care, etc. are among suppressive measures against Dervishes,

Secretariat of the National Council of Resistance of Iran
March 23, 2013